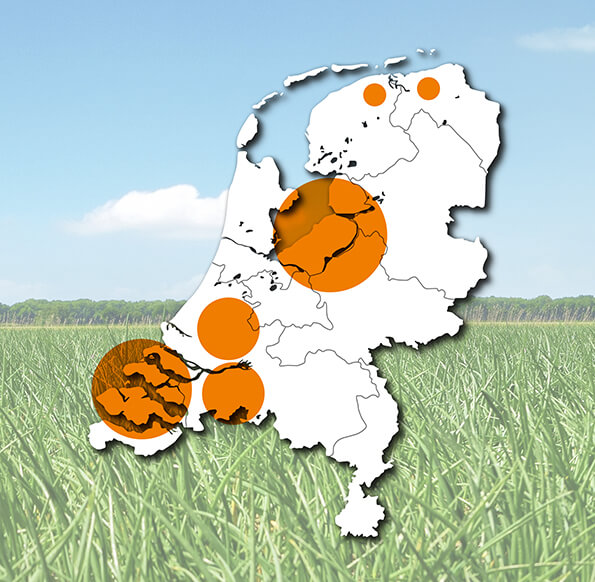 About 6% of arable Dutch agricultural land is used for the cultivation of Holland onions. Over the past 15 years this has increased by 50%, resulting in over 30,000 hectares.

The Holland onion's wonderful appearance is mainly due to the ideal growing conditions in calcium rich sea clay soils and the expert growing and harvesting techniques. The meticulous nature of our efficiently organised onion processing chain ensures that every Holland onion stays crisp and fresh until the next harvesting season. The close proximity of three major maritime ports proved to be a very reliable and affordable means to ship the onions.