The Netherlands remains the country to beat this season in the world market of onions. The export data of Holland Onions have already passed the magical number of 600,000 tons around the turn of the year. Runners up with a huge boost in export volume this year are new destinations such as Panama, Brasil and Indonesia.

16% of the total export volume of Holland Onions finds its way to new, exotic destinations. The top 5 at present consists of Senegal, Ivory Coast, United Kingdom, Brasil and Malaysia. The onion is the largest vegetable crop in the world. That world market will continue to grow. 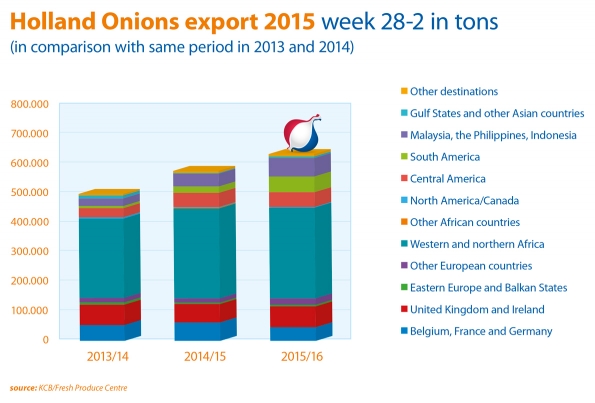