a good year for onion lovers 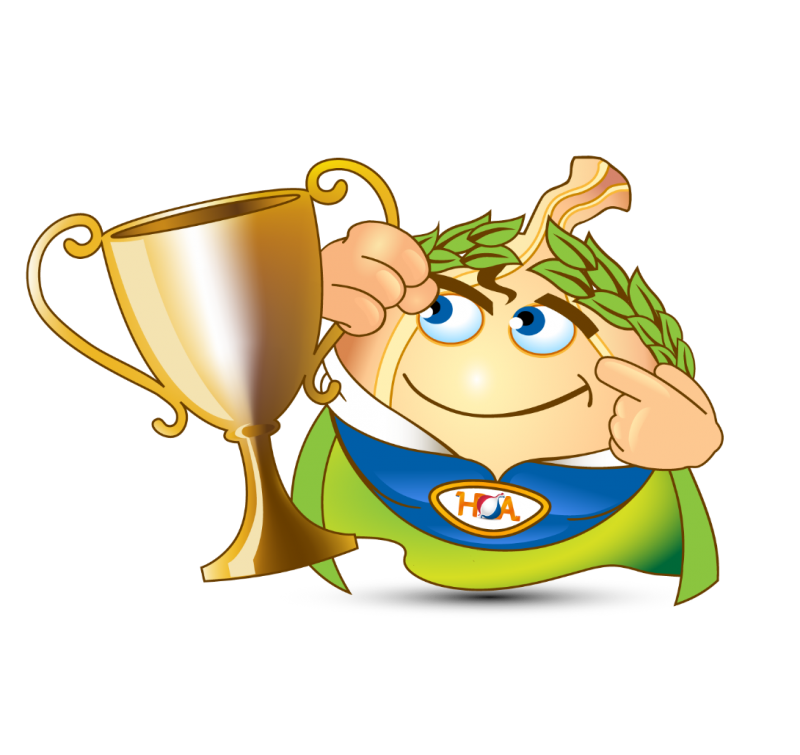 Onions have never been so popular. The popularity of the onion is increasing in an unrivalled way. It looks like the Holland Onion will have, yet again, a new export volume record this season, despite decreasing exports in the second half.

For the first time in history, the magic number of 40,000 tonnes of export per week has been exceeded this season. We even had export volumes of almost 50,000 tonnes per week. Until ten years ago, half this volume still was a rare phenomenon. It shows, once again, the great logistic flexibility of the Dutch onion chain. 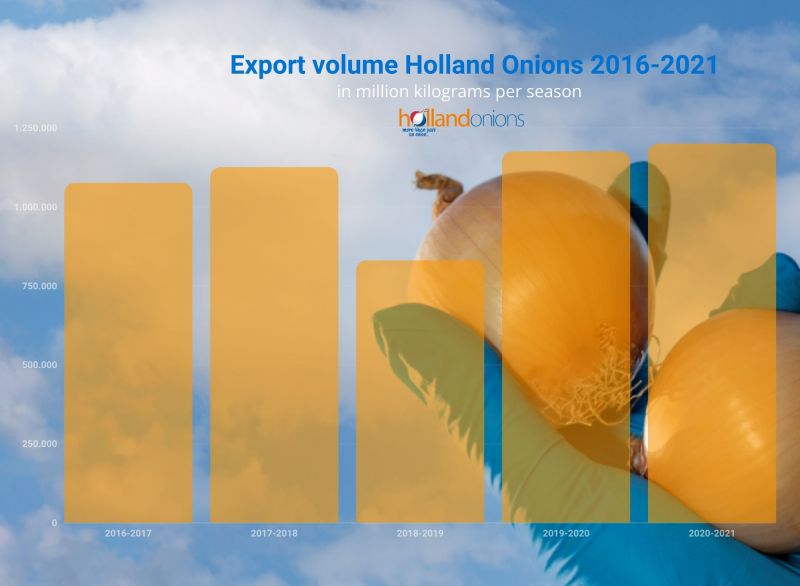 The Onion in the Vegetable Top 3
In this year of Covid19, home cooking using fresh and tasty ingredients is actually being rediscovered and has become immensely popular. It has also raised a great interest in healthy food sources. Since 2020, the onion has secured its position in the vegetable top 3. It's the favourite of consumers both young and old!

Export Volume Climbers
Bangladesh continues climbing the rankings and has imported over 24 million kilogrammes this season and they now stand in 12th position. The Philippines have also gone up steadily and have moved from 13th to 7th position so far this season. Whereas, India has gone down and Pakistan disappeared from the ranking completely. Indonesia has almost returned to its level in 2018/2019, with over 17.5 kilogrammes and is in 15th position. Israel has nailed down 13th position with 22 million kilogrammes. The Top 20 shows that the Far East has positioned itself as an important trading partner in the ever-growing Dutch export market. Another strikingly-large volume climber continues to be the Ivory Coast. This year, the export to this country has again risen by more than 20% and it looks like Senegal, the number one, will be overtaken slowly but surely. Other West-African countries, such as Mali, Gambia, Congo, Cameroon and Burkina Faso, are also rising rapidly. The African continent, like Asia, has had substantial population growth and they need sufficient safe, healthy and affordable food, especially in times when their own crops are not available.

Export Hero
It's great that the Netherlands is able to step up to quickly respond to urgent demands anywhere in the world and can provide sufficient healthy food for everyone. Although no less than 92% of the onion production worldwide is produced for and consumed by the local market, the other 8% appears to be necessary to fill local shortages world-wide. With its 20% market share, the Dutch onion chain has played a prominent and pioneering role in this for decades.

Also Closer to Home
In our neighbouring European countries, we see a continuous sustainable growth this export season, although a stable population and self-sufficiency play important roles. Despite Brexit, the export to Great Britain has risen considerably compared to the previous season, it imported over 100 million kilos. A dazzling amount, but essential, because the British are a long way from self-sufficiency and they want fresh unions on their shelves. This also applies to Ireland, Belgium, Spain, Portugal and even Sweden. Almost every Scandinavian country shows a reasonably significant growth.

Central America and the Caribbean
Central America is well represented by countries such as Nicaragua and Honduras and the nearby countries Guyana and Surinam also consistently join the party. Unfortunately, the export to Panama has come to a complete standstill this season and Costa Rico hasn't yet welcomed the Dutch export hero. On the other hand, the countries and islands in and around the Caribbean are regular and major buyers who appreciate the Dutch Onion.

Striking New-comers
Japan, Azerbaijan and Canada are new export markets and now Tunisia and North-Macedonia are also knocking on the door. Australia even quadrupled its import of the Holland Onion. Although the absolute volumes might not be massive, the old saying: ‘He that despises the little is not worthy of the great’ still stands. In the Middle East, we see that the export numbers for Bahrain are rising and in the Chinese region, the new sales market of Hong Kong is rapidly rising towards 1 million kilogrammes. Finally, it's worth mentioning that the Dutch onion with its shiny golden tunic is making its way into China. 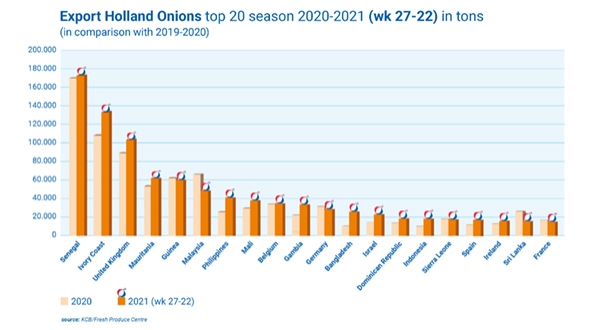