For every newsletter we publish a new videoclip on our HOA YouTube channel. In our latest video ‘Rockstar Veggie’ we give the humble onion the star status it truly deserves. We know from the oldest murals in the Bird Tomb of Neferherenptah at the Saqqara in Egypt that the crop had a prominent place in their society.

During the Old Kingdom, the onion was already highly appreciated and the Israelites wandering in the dessert cried out to Mozes that they were craving for the Egyptian בצלים (=onions).

A symbol of eternity
People saw the concentric layered structure of the onion as a symbol for the multi-layered universe; a symbol of eternal life. In those days, the onion could be used as a legal form of payment and it had also the status of a sacred relic. Two unfinished murals in the ‘The Bird Tomb’, sketched in red ochre and finished with charcoal, illustrate how important the onion was to the society at the time. The first mural shows the watering of the plants and the second one shows the harvesting of the onions . 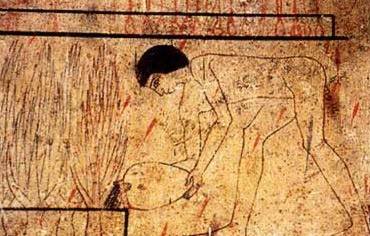 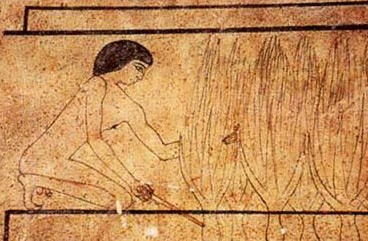 The Food of Athletes
For thousands of years, ​​the onions have been known for their medicinal properties. Doctors in ancient Egypt prescribed onions for various illnesses and counted over 8,000 conditions that could be alleviated with onions. The ancient Greeks strengthened their athletes with onions to prepare for the relentless Olympic Games. Before the games, the athletes ate pounds of onions and drank onion juice. The Roman gladiators massaged their arms and legs with onions. In the Middle Ages, onions were so important that people could pay their rent with them and they were given as gifts by visitors. .

The Universal Vegetable
Nowadays, from the milky-white to the purple-red bulb, the onion stands above all others as all-round entertainer in every food culture. The extremely thin, outer skin is even used to make a very exquisite onion tea that has high status in Japan. In all corners of the world, the onion is mainly used to lift and add pzazz to all kind of dishes. But what few people know, is that the cutting technique also determines the taste.

Knife Skills
Depending on how you cut it, you can create various flavours from the same onion. For example, raw chopped onions have a much spicier kick than an onion sliced into rings which in turn has a stronger flavour than wedges. It's all about the release of the flavour enzymes from the crushed onion cells. The more cells that are cut or chopped, the more the characteristic onion flavour is released. This is why you should never grind onions in a food processor. The result would be pulp and water with the sulphur compounds being converted into sulphuric acid. This is the same thing that happens in the eye, where the sulphuric acid causes the unpleasant, stinging sensation.

The Gift of Flavour
Ask anyone in the world why the Holland Onion is so enormously popular and you'll probably get the exact same answer: their amazing flavour and their ability to add that flavour to countless dishes. Raw, fried, sautéed, cooked and caramelised, roasted, stir-fried, grilled or battered and deep-fried, onions impart an inimitable flavour, complexity and structure. And depending on the way they are prepared, they can be sweet, savoury or spicy.

This is why it's impossible to imagine a kitchen, anywhere in the world, without onions. As the rock star of the vegetable world, the Holland Onion stars in the leading role or in a very important supporting role in every continent. However, the quantity of onions consumed differs greatly per culture. In the Netherlands, we consume about 7 kilos per person per year, but in some African cultures people eat more than 40 kilos per year.

Worldwide, approximately 100 million tonnes of onions are consumed by around 7.75 billion people annually, which works out to over 12 kilos per person. Significant growth in demand is expected because the population is growing most rapidly in the parts of the world where the onion consumption is highest. This creates opportunities! 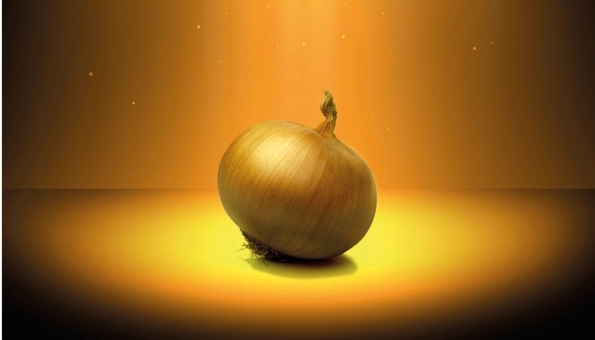