a real rockstar from head to toe

No other vegetable provides as much gastronomic potential as the onion. The seemingly rough Holland Onion is actually a delicate and indispensable ingredient that's welcomed with acclaim all over the world. Because as far as food is concerned it's impossible to imagine a life without onions. Onions are the cornerstones of the world's cuisine. We grow them in virtually every country and we consume about 12 kilos per person every year. However, not every country can cultivate onions with the same high quality, because an onion is very picky when it comes to daylight. That's why specific onion varieties only grow in specific latitudes.

The Culinary Globetrotter
Wherever they are, who can imagine a hamburger or a Mexican taco without onions? A savoury stew or a chilli con carne without caramelised onions? The sweet, rich flavour of the famous, French onion soup or the spicy Indian onion bhaji without onions? Every culture and each cuisine uses onions in its dishes. Onions don't only provide essential flavour to our food, they also have unique nutritional values. They are rich in vitamin C and dietary fibre, like inulin, and most importantly, they are extraordinarily rich in antioxidants - quercetin and anthocyanin being the most well-known.

A Flamboyant Personality
The onion is also a real rockstar in the Dutch fields. From the early green of the seedling until the final growth phase, the plant has a flamboyant personality that's astonishing from start to finish. The onion is the only vegetable where the centre of the plant is the first part to rise out of the soil (the sprouting phase). Then the first tip, that looks like a little flag on a stem, breaks through the soil (the flag-leaf phase). Although the onion tops look like leaves in the field, they are actually elongated, hollow tubes with dense protective layers. They are ring-shaped and closed at the top. It looks as if the tops don't grow directly from the bulb base, but from a stem which is called ‘pseudo stem’. The onion's true stem is just a thin, cork-like disc on the bottom of the bulb to which the roots are attached. The outermost layers dry out during the growth process and form an important defence against invaders from outside. 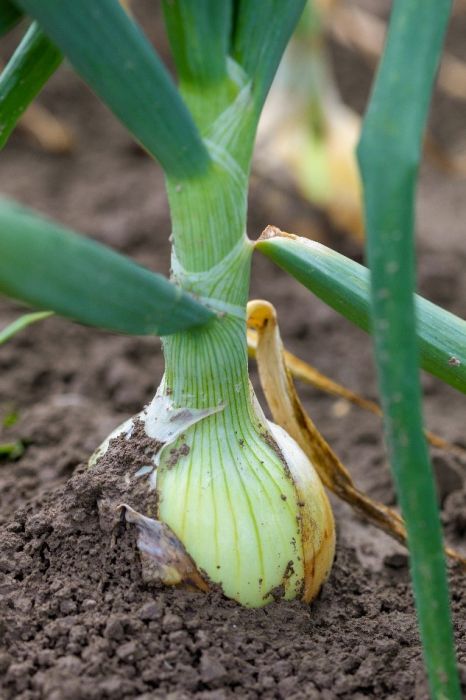 A Child of the Sun
Only when the days are long (and the nights short) and the temperatures are high, the bulb will grow. The long-day variety that is produced in the Netherlands, needs at least 16 hours of daylight, which is usually the case from around May 21. The higher the temperature in this period, the faster the bulb grows. The composition of the light spectrum is also important for bulb growth. The more (infra)red from the light spectrum is absorbed by the onion, the faster the bulb will grow and ripe. So, when there's more (infra)red light when the foliage is growing thicker, relatively more red light will be absorbed and the bulb will mature faster. Bulb formation happens as the plant stores surplus food in the base of the foliage which then thickens. Because the tubes grow around each other, a bulb with layers is formed, which can be divided into leafless and leafy layers.

The Holland Onion is very fortunate that it’s planted in the extremely small part of our planet where the so-called long-day onions grow. Only these have a long shelf-life and can therefore be exported all year round. Only the small area north of Paris to the top of Denmark has farmland that receives more than 16 hours of daylight. In the southern hemisphere, this region is mostly covered by oceans. So it's a unique fact and an amazing gift of Mother Earth. She endows the Holland Onion with its bronzed and powerful skin and with its milky-white, almost bashful inside with beautiful visual effects. 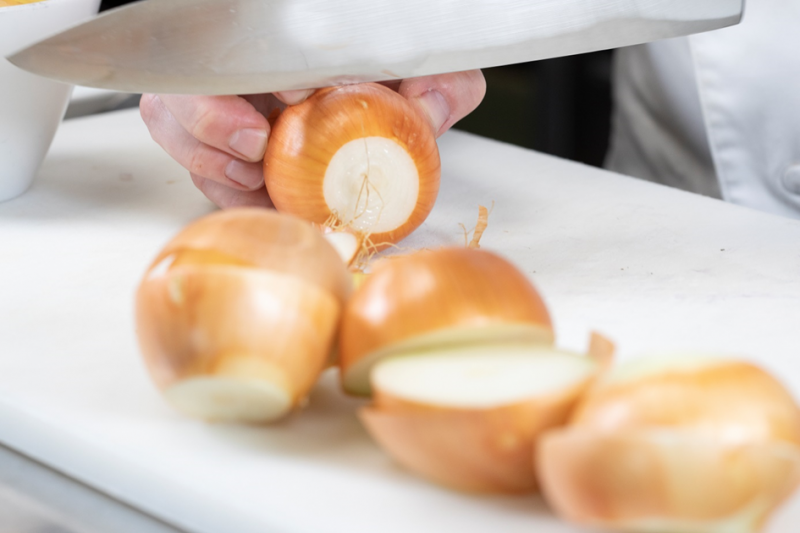 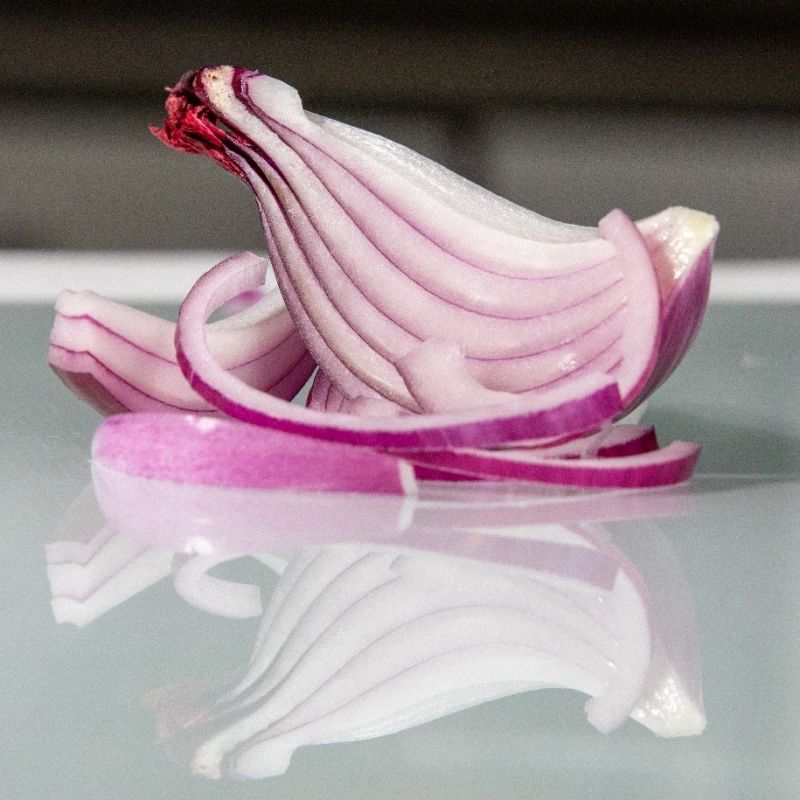 The Final Act
When the onion bulb reaches maturity, the amount of sap flowing through the neck (the junction between the leaves and the bulb) gradually decreases. Eventually the neck collapses and the leaf tops fall over. This automatically cuts the connection between the leaf and the bulb. This is the sign that nature has done its groundwork. The collapsing and drying of the tops prevents any pathogens from entering the bulb. This is the onion's self-directed final act in the field. 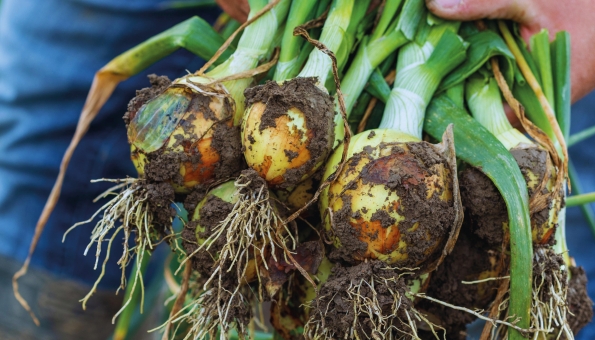