premiere: The Fellowship of the Holland Onion 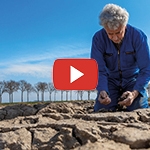 In the first part of our new series of videoclips The Fellowship of the Holland Onion, we'll see the Holland Onion's epic life story from the very start through the eyes 0f the experienced Dutch onion grower Co van Read more » 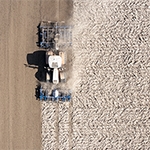 Holland Onions sprout, grow and flourish best on capillary marshlands. The rise in sea level at the beginning of the geological era, caused a reverse water movement, in which sea clay was deposited in layers of different thickness. Due to the lime deposit, the resulting Read more »

Another Increase in Exports of Holland Onions 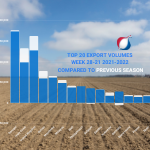 The current export season is coming to an end. With 6 weeks to go, the export numbers still are bright green. Things will have to be really strange for the Dutch onion exports not to break the last record of 2021. After the previous season, Read more »

Soil is fundamental for our existence. Healthy, fertile soil gives us water, raw materials and food. As we do not yet have the capability to create new soils with specific cultivation properties, it is critical to get the best out of the soil we have.

That always starts with optimization. Well-prepared soil leads to a higher yield of Holland Onions and therefore to more revenue. Soil optimization is a complex matter that requires common sense and deep wisdom. Luckily, the Dutch onion grower has plenty of both.

In fall, the farmer knows exactly when to plow his onion field. Or he might make a well-considered decision that it’s better not to plow. The soil should not be too wet, but certainly not too dry. He determines the plow cuts with precision. All the same height, width and length. In the right direction and with the correct depth. He rejuvenates the soil by plowing in the catch crop that fertilizes it before winter sets in. Avoids heavily compacted soil. He nurtures his future onion field because, as the Dutch onion grower knows too well, the onion is a delicate crop.